About The Catering Company 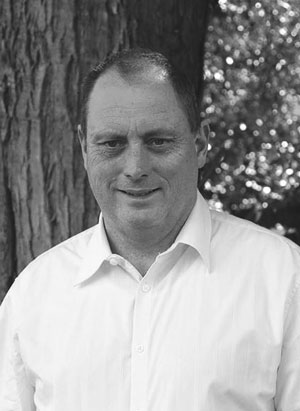 After leaving School in the mid 1980’s I completed a Chefs Apprenticeship at the well known Palm Lounge Caterers in Wanganui. The Palm Lounge being a family run business gave me the opportunity to not only chef but learn all aspects of business management. After sitting my City and Goulds Qualification at the end of my apprenticeship the business was sold and I moved to Australia for a year. When I arrived home the hospitality industry was where I was heading and this saw me return to the Palm Lounge initially as Head Chef then into the role of Manager / Chef a role I remained in until 1998.

In the spring of 1998 I became the manager of the new Wanganui Race Course Catering Division, Infusion Catering. The old stand had been destroyed by fire and the new facilities were the best Wanganui had to offer. It was here that I became well known as a caterer in my own right providing excellent catering and organising the logistics for large and multiple functions. While still at the Wanganui Jockey Club the opportunity arose to take the role of Racing Manager additional to being the catering manager. This was a great personal achievement for me and one which I enjoyed very much.

In 2003 the opportunity arose to buy a 50/50 share and manage Creative Catering a division of the Manawatu Jockey Club in Palmerston North.

In spring of 2008 I purchased the lease of the Rutland Arms Inn here in Wanganui where I enjoyed the atmosphere of a boutique hotel for two years before making the decision to sell and buy something larger and settle in the beautiful Wanganui. The Quality Inn Collegiate being the obvious choice, my wife and I initially purchased the lease and took over the running of the business in September 2010 and subsequently purchased the freehold.

In 2011 in addition to running Quality Inn Collegiate, I took the opportunity to return to catering  taking a six year lease with Wanganui Jockey Club at Infusion Catering which recently completed its term in  early 2017.